Philippine American Football League Game Recap for September 24, 2017. Two of the top teams won despite having a hard time with their opponents. Read more to see what the Cavemen and Warriors did to overcome their opponents.

The first game was a very close match up that went all the way down to the wire. Cavemen were able to score first and stayed in the lead during the majority of the first half. But the Datu defense buckled down and made several big stops and was able to tie the game 14-14 in the 2nd half. It wasn’t until the last minute of the 4th quarter that the Cavemen were able to put up another 6 points after a long drive consisting of running plays to wind the game clock down. With less than 50 seconds left on the clock, the Datu prepared to march downfield but was stopped short by the Cavemen Defense. Final Score: Cavemen 20, Datu 14. Cavemen advance to 2-1, Datu are now 1-1.

The second game featured two winless teams, the Juggernauts and the Warriors. The Warriors dominated the whole game on both sides of the ball. Their defense scored twice with interceptions returned for touchdowns, and their offense was able to score on the ground and in the air. The Juggernauts had no response for the Warriors solid offense and defense. Final Score: Warriors 40, Juggernauts 0. Warriors advance to 1-2, Juggernauts are now 0-2.

We’d like to thank all the supporters who came out to watch the games live today.

For more info about our Season, PM us at fb.com/philippineamericanfootballleague or visit our website at www.pafl.ph 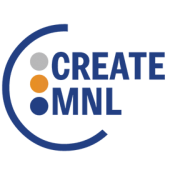